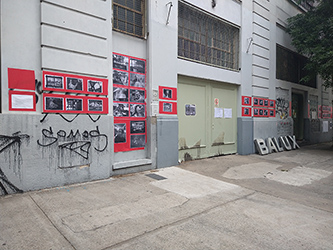 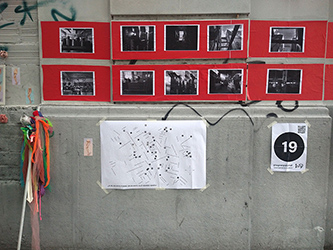 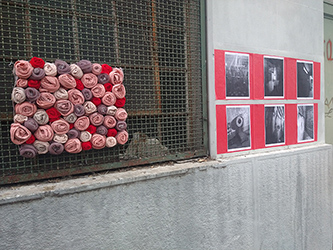 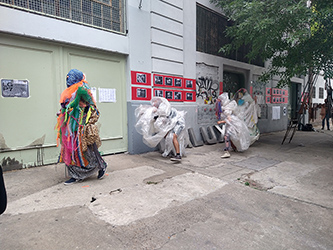 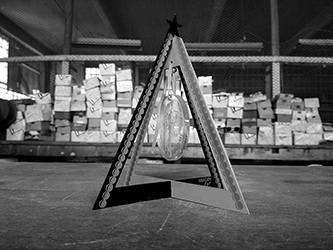 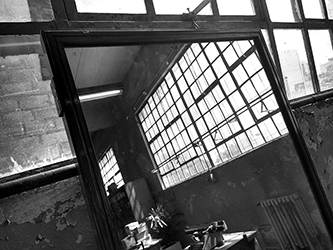 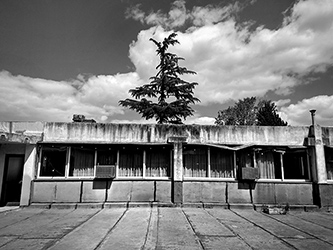 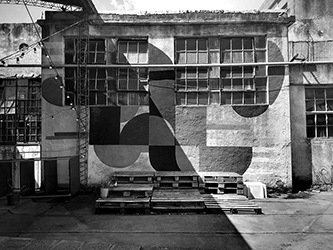 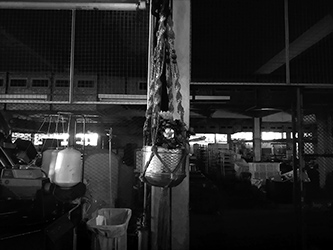 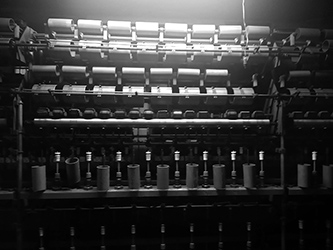 The returned look
Bridge between times and spaces.
Balux was a textile factory, where women's stockings were produced. Part of the course suffered by Argentine industry, from a time where production sustained the national economy.

These photos, taken during an interior tour, were the basis for a signage project where my gaze would be returned to the visitor through visible marks, in an action that was truncated by the context of Covid 19. The same place, in March and in November, after the time of a persistent global pandemic.

These same photos that are part of an interior, now closed to public circulation, went out into the street, resist against being seen, persevere in returning the gaze of the passerby.

They are rearranged; they become exposed in a linear way of walking. They are unified through a red strip, which crosses the facade from end to end, like a red thread that connects time and space, highlighting the built heritage, the building as a whole.
The gaze insists, like memory, on emerging again.
Rita Simoni, November 2020