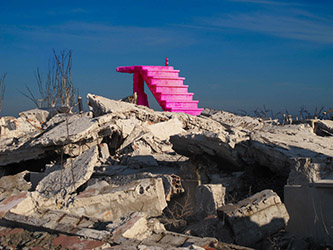 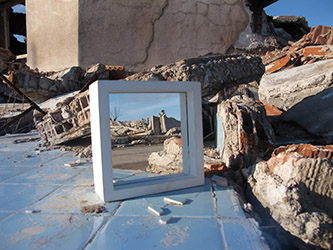 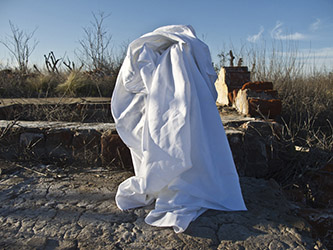 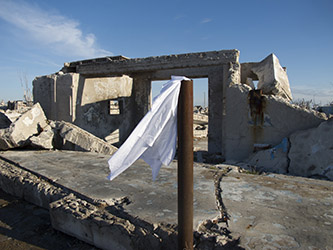 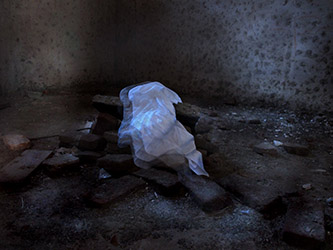 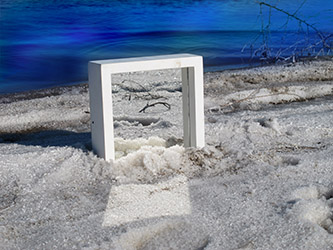 Villa Epecuén was a tourist city that was founded in 1921 in the south of the Province of Buenos Aires, on the edge of the saltwater lagoon with the same name, near the town of Carhué. It reached 25,000 tourists during the summer. There, a few kilometers away, in the town of Rivera, my paternal grandparents arrived in 1939, with my little father, escaping from the Holocaust.

In 1985, Epecuén was flooded because of the neglecting actions of the owners of fields and the governments, being submerged under the waters all the tourist infrastructure, forcing a total evacuation. Only in recent years the water began to recede, exposing the ruins of the city, which have turned themselves into a tourist attraction. A tourist machine turned into the shadow of what it was before.

In the trip that I made through Epecuén in June 2014, I took white objects to intervene the space. White as the salt that covers the rubble. A white cloth, a mirror with a white frame. They are, in this case, the silent witnesses of silence.