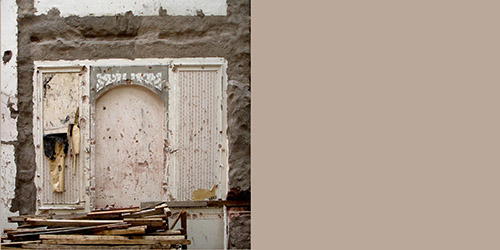 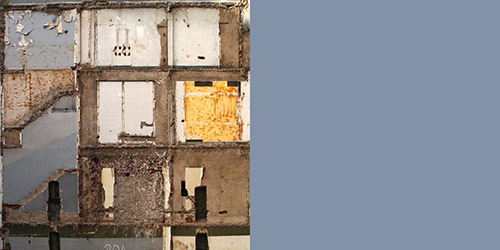 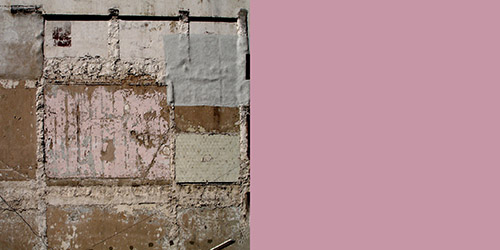 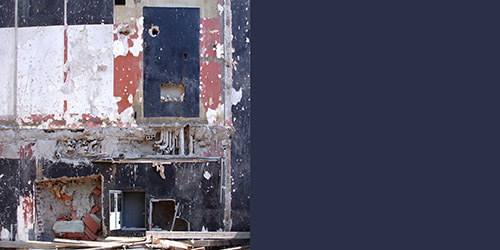 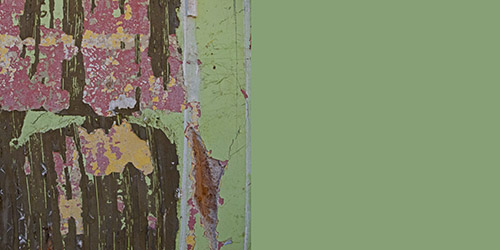 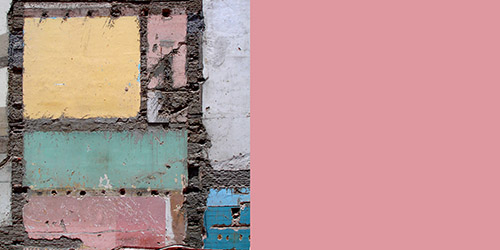 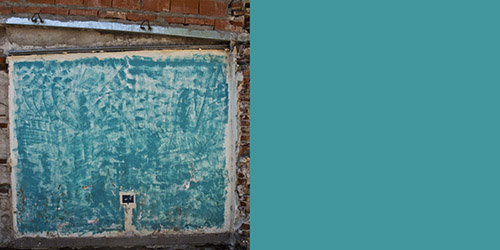 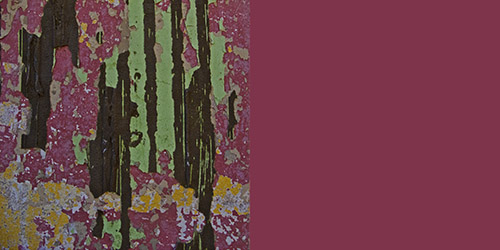 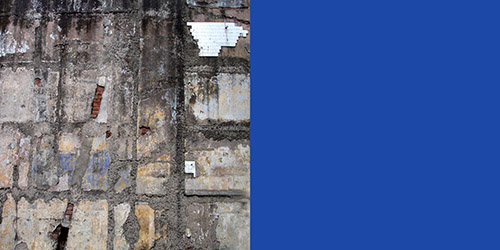 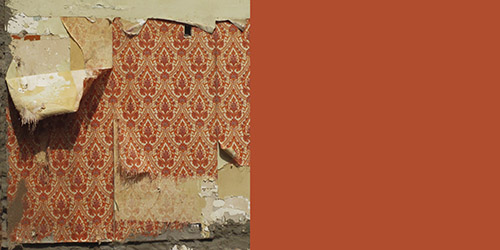 "I was born in this multiple and compact city, used to oblivion and waste.
City of mutant objects, now they are birds.
(If there were no slits, there would be no hope).
Over here, made of cardboard, the city filtered silently"
Rita Simoni

"Memory is a form of architecture"
Louise Bourgeois

I always had that sideways vision of the wanderer, that urban eye that slips through the cracks of the constructions seeking for other meanings in the interstices left by the everyday. The intimate in the open.

Symbol, trace, framework, chromatisms.
Open wounds, vestiges, fragments.
The private, deprived of its privacy....
Gaps that break urban continuity.
Other spaces,
Inhabited by whispers of vanished, elusive inhabitants.
Parenthesis.
The delayed moment of emptiness.
It is in these interstices that the uncertainty of space-time dwells.

Residual Spaces marks the beginning of a path, based on photographs of medians containing the imprint left by the demolition, which dialogue with full color taken from each wall, rescuing the geometry towards a possible abstraction. They manifest themselves in digital impressions.

An artist's book completes the series, together with authors' texts and my reflections.